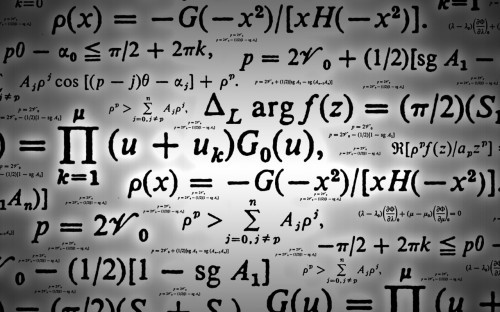 Goal: Test and set up a plan to get body fat low enough that so that you’re in a 1-2 pound weight loss per week range to hit your goal

Example: if your weight is 150 pounds at 20% body fat, that means you have 30 pounds of fat on your body and 120 pounds of lean body mass (healthy weight- skin, organs, water, muscle)

Program Duration: In this case then to lose 20 pounds we would need to dedicate between 10 and 20 weeks depending on the person…

Someone with more exercise experience, time to dedicate to training and a better grasp of nutrition could lean towards closer to 10 weeks.

Whereas someone with less time to dedicate towards exercise and less exercise and nutrition experience should lean closer towards 20 weeks.

NOTE ==> if you have more than 20 total weeks to reach your goal, you should break up your program into more phases. For instance if you had 40 pounds to lose I would recommend pushing hard for 12 weeks, then go into a maintenance phase for 4 weeks before pushing hard for a final 8-12 weeks to hit your goal.

This will prevent metabolism and energy burnout, as well as help you maintain as much muscle as possible to reveal the best physique possible once all the fat is stripped away.

When working with competitors we typically meet every two weeks for the first 6 to 8 weeks. During those times when we are together we will retest body fat and take updated progress pictures.

Based on those changes or lack thereof determines whether we make tweaks to the initial program or not. One key thing to keep in mind is that we only change one thing if we do make a change..

EXAMPLE 1 ➡ during the first 6 weeks Rolando was putting in a ton of effort into his new diet plan, making sure he got in all of his lifting and cardio sessions, but he was still also doing boot camp four or five days per week.

During the initial 6 weeks even though he lost around 20 pounds on the scale, more than half of it was from hard-earned muscle that he had worked to put on throughout the previous year. We don’t want that!

Since lifting and cardio were more structured and designed directly inline with his goal of competing on a bodybuilding stage, we put the emphasis into those training programs.

For Rolando since his eating, lifting and cardio were 100% consistent, boot camp was the uncontrollable variable that we ended up removing.

So in this example all we did was remove boot camp workouts from Rolando’s schedule and EVERYTHING else stayed the same.

EXAMPLE 2 ➡ let’s say on the opposite side of the spectrum that the client was behind schedule and losing the body fat they needed. In this case there are typically three directions that I will look to and make a tweaks first…

That is the exact order that I usually make changes in, and you’ll notice that reducing calories is the LAST priority on that list.

In the last 9 years coaching over 32 first time bodybuilding and bikini competitors, I think I have only reduced calories once or twice in that time.

CHANGING MACRONUTRIENT PERCENTAGES- When you are making tweaks to your program the first thing you want to do is look to the quality of the total food that you are eating. This is why making changes to your macronutrient percentages is the most effective.

This will result in quicker digestion of your protein intake and less satiety between meals leading to you being more hungry and ready to eat more protein at the next sitting!

ADDING MORE LIFTING OR CARDIO- the second area I look to when making tweaks to a clients program is their exercise expenditure.

After all food is fuel and exercise is the way in which your body burns more fuel.

Since our goal is to have the most muscle tone and sculpted physique (not just a skinny and depleted body), the second option is to start using that fuel more efficiently.

Read This ➡ The important thing to keep in mind here though is that we do not always increase how many days they are lifting or doing cardio, we just increase the total weekly volume.

If They Need to Lose More Fat ➡ most of the time it’s just a simple as adding 5 minutes to each of their weekly cardio sessions which would add 20 minutes of total additional expenditure to their week (5 minutes x 4 sessions= 20 extra minutes).

With this simple tweak they are now getting a full additional 20 minute session of cardio without adding an extra day of going to the gym, doing more sweaty laundry and having to motivate yourself to get going. You just tack on the extra 5 minutes of the workouts you are already doing!

Targeting Weak Areas ➡ If they had a lagging or stubborn body part, most the time it’s just as simple as adding an extra five sets at the end of each workout to target that area. This way at the end of the week they have 20 extra sets working that muscle group.

It’s the same principle as adding 5 minutes to the end of your cardio sessions.

It’s all about maximizing time, effort and output without having to drag your ass to the gym more days each week!

REDUCE CALORIES- so as I said earlier I seldom, if ever, lower a clients daily caloric intake. But there are a few exceptions to the rule and they are NOT the reasons you would think of doing this yourself…

Normally at this point your body is starting to burn hot like a furnace and even though you are eating more food than you’re previously used to, your body starts craving more food almost immediately after eating your last meal.

In the example of Hope she was eating 200 g of protein and almost 200 g of carbs daily at a body weight of only 120 lbs and she was losing body weight too quickly ahead of the one or two pounds per week goal.

So in her case what we ended up doing twice per week is cutting her calories down two days per week by about 200 calories and switching up her macro nutrient percentages to 50% protein, 40% fat and 10% carbohydrates.

We also either limited training on this day or she would do a slow paced 1 hour walk on these days.

In essence what we ended up doing is slowing down the rate in which her body absorbs food, and since she was not weight training or doing extreme cardio on these days her caloric demand was not as high either.

While most people get super excited when they start rapidly losing weight, it’s also a quick recipe for metabolism burnout and a guaranteed plateau.

Remember the more muscle you maintain on your body, the more you can eat!