Having FAT is HARD (options and choices) 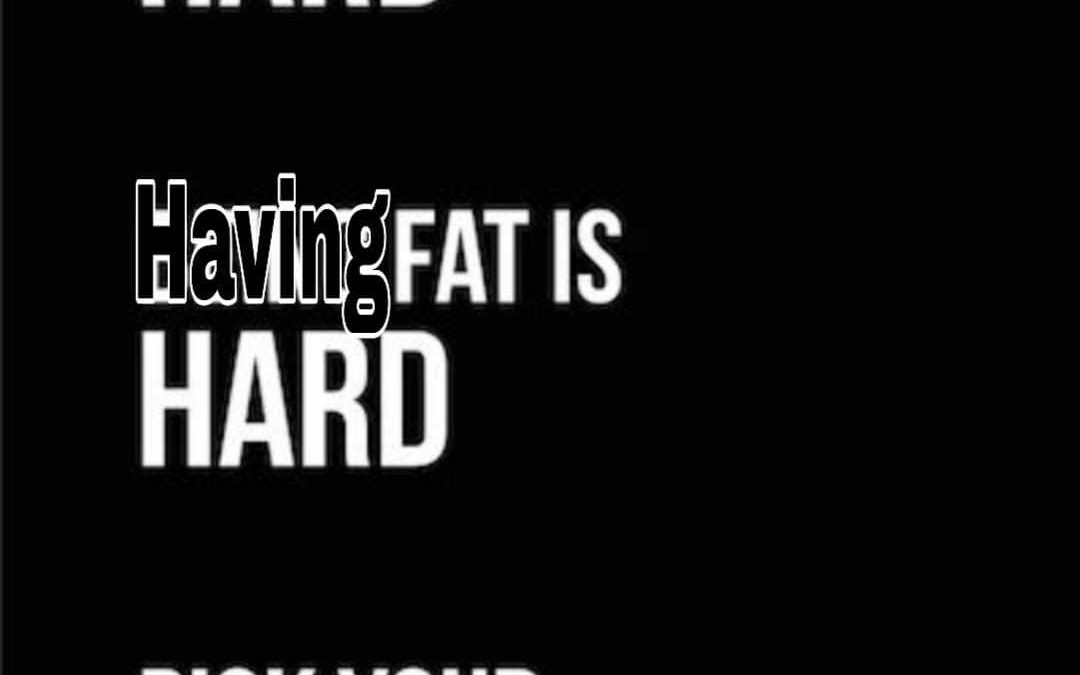 In life it’s about choosing the lesser of evils sometimes, and determining which battles you want to fight. When it comes to nutrition and exercise you cannot fight every single battle, and every battle is not meant to be won today.

Truth Bomb #1 – Sure crunches are hard, but so is tying your shoes when you are overweight.

Truth Bomb #2 – Of course cardio is hard, but so is walking across an entire parking lot at the store when you cannot find a closer spot.

Truth Bomb #3 – Obviously burpees are incredibly tough, but so is getting your ass off the floor when you fall when you’re a 70 or 80 years old.

We get to pick what’s hard in our life…most times.

The things that are difficult to you now and the battles you are fighting, is probably a consequence of something you NEGLECTED previously when given the opportunity to fix it.

Is Splenda or stevia bad for you? Possibly, but diabetes will kill you!

➡ Maybe you should’ve made the switch or cut out sugar sooner.

Is showing up to your workouts hard everyday? Sure is, but the thought of watching someone else walk your daughter down the aisle or not being at her wedding is even harder.

➡ Maybe you should have started doing situps when you were younger.

Fight while you still have the chance, the capabilities, the energy (it’ll get worse), the strength (you’ll get weaker) and the ability.

Anything worth having should also be worth fighting for.

Some battles get tougher the longer you put them off.

Don’t make your health one of those battles!

Committed to your fitness success,

PS…this meme originally said “being fat is hard”. But a person cannot be fat. They can contain fat and wear it on their body’s, but THEY are not fat. Get that straight!