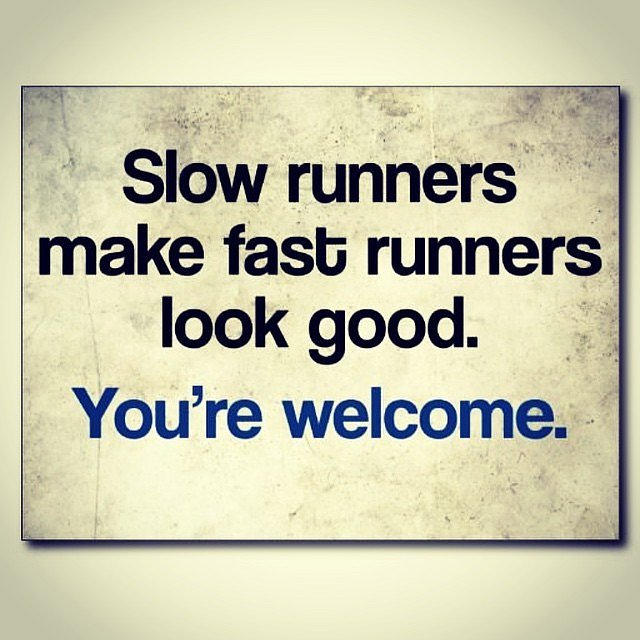 I hate running. I always have for as long as I can remember.

My entire life I played sports, especially baseball and loved to sprint, jump, lift, throw, hurdle, bike, swim or just about any type of verb you can name… EXCEPT RUNNING! 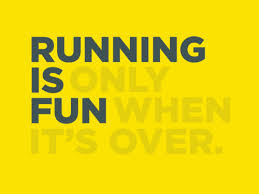 My wife Shelly asked me why I don’t like running and I told her a few funny stories earlier and she said that I have to share these with you.

Playing high school baseball at Ridgewood we always had to do a lot of sprinting. Primarily the 60 yard dash was coach’s favorite method of finishing a practice, punishing us or testing our conditioning level.

While I wasn’t the fastest I always finished in the top two or three but I was always the first one back to the starting line waiting to start the next sprint. NO ONE ever out hustled me. 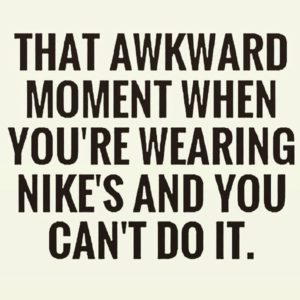 To pass our conditioning test each season we had to complete a one mile run under 7 minutes. Everybody would always complete the goal the first day except for a few kids who were out of shape and a few others who weren’t going to make the team anyway…and then there was ME!

Season after season I could never make the run. My senior year of high school I was chosen by the Tampa Tribune and the St Pete Times as their “Athlete of the Year” yet I couldn’t even run a mile under 7 minutes.

Halfway through or sometimes even after just one lap there would be a rumble in my stomach. Not from nerves, not from anxiety but dammit I had to poop!

But each season after several attempts I would pass my conditioning test. If you try something enough times you will eventually succeed. Or for lack of a better pun, if you throw enough shit at the wall something will eventually stick 🙂

The same nightmares followed me into college where I also suffered from shin splints which eventually turned into stress fractures from running. I was wearing inflatable walking boot for 3 months my freshman year of college, talk about embarrassing.

Again I passed my conditioning test, but it wasn’t pretty! 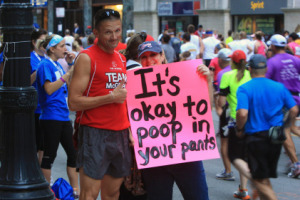 The science proves this form of exercise to be over five times more effective for burning fat, calories and keeping your metabolism stimulated for almost 48 hours after just one single workout.

So this month when my boot camp clients and 21 Day Nutrition and Accountability challenge participants saw on the calendar that they would be running 1/3 of a mile on week one, 2/3 of a mile on week two and a mile by the end of the third week they must have thought I was crazy.

Because sometimes you need to step out of your comfort zone, challenge yourself to something new and defeat the things that scare you the most.

During the first 16 days of this challenge I have witnessed a woman who never exercised in years and couldn’t get onto the ground yet alone get back up, who is now able to drop to the ground for crunches, stand back up for squats and then complete 8 laps around our building (.66 miles) after her workout.

She could have easily quit on her first day when she saw that there were other people more advanced than her or that everyone else could get on the ground except for her.

She could have easily quit after her first week when she struggled to walk one third of a mile.

Sometimes it takes a little resilience, hardheadedness, belief in yourself and trust in your coaches to know that you are better than the version you are currently representing.

Think back to some of the things you are proudest of in your life and I promise you they were things that you weren’t always good at initially.

Sometimes it’s the things that we have to work hardest at and that challenge us the most that we turn out to be the greatest in doing.

They are also the things that give us the most confidence, pride and motivation to keep going. Aka…MOMENTUM.

So if running scares the poop out of you, good.

So if sprints scares the poop out of you, good.

So if bootcamp scares the poop out of you, great!

Get going, keep going and don’t ever quit.

Committed to your fitness success,